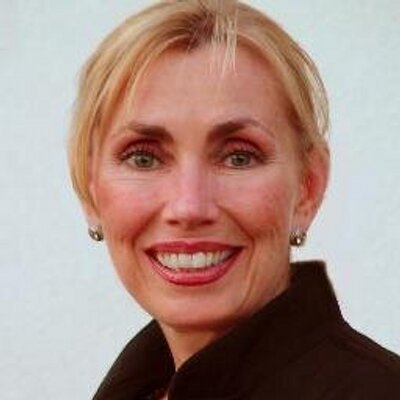 When I first began my studies in metaphysics in the 90’s, I was simply looking for answers to my bizarro life. There was no plan or agenda, just desperation to understand how the lives of my children, husband and I could be falling apart, and if there was anything I could do to help us.

It was 1990, and we were living in Karachi, Pakistan. My husband was offered—and accepted—a job with an international consulting firm. He moved to Karachi before us in order to make preparations for our two year old daughter and me. We arrived a few months later after I organized our shipment and rented out our home. I was six months pregnant.

For those of you who remember, 1990 was the year of the first Gulf War. Moving to Pakistan was NOT something that I wanted to do, especially when I’m six months pregnant with a toddler. But, it was the job that my husband had been offered, and like a good wife, I followed him. To say that I lived in fear would be an understatement. However, we all have our stories to tell, and this was mine. (In 2013 I published a book on the story of my life from a metaphysical perspective called Searching for the Caravan, a Reconciliation with Love, Science and Divinity.)

These were some dark years where my children struggled with illness, and my husband and I struggled with our relationship and finances. Every aspect of our lives was upside down. Our experiences were not those that I had heard of before, which were made more complicated because of culture and religion. Phones dropped most of their calls, Cable TV wasn’t available in Pakistan, and the internet hadn’t been invented. I did the best I could to research my questions and sought guidance from the church, academics, doctors, friends and local people. Nothing made sense.

Two and a half years later we moved from Karachi to Manila, The Philippines, where the craziness continued. I prayed, studied the Bible, and did my best to restore my health and protect my children. Finally, when I heard about a seminar on Feng Shui, I knew it was something that I needed to hear, even though I had no idea what Feng Shui was.

Long story short, Feng Shui changed my life, as it was the introduction to the metaphysical sciences that could answer every question in the universe. Metaphysics showed me how to organize my life to be in alignment with my home, family, community and spiritual life. I learned about energy, and how the elements described the quality of various energies. I learned how we were all connected, and that everything had a frequency.

Metaphysics was the connection to, and answer for . . . . everything!!!

From Feng Shui, I studied BaZi—known as Chinese Astrology—which helped me to understand my husband and children. This understanding helped me to have compassionate relations with them where I could see their strengths and weaknesses and how I could be a better mother and wife.

Once Pandora’s box had been opened, I couldn’t get enough of what this fascinating science had to offer. From Manila, we returned to the States for several years where I studied with a Chinese master, before leaving again for SE Asia. Feng Shui and the metaphysical sciences became a life style, and the knowledge that was used to search out houses in Bangladesh, Thailand and Indonesia, that would help to nurture my family and balance our lives with the ebbs and flow of the Universe.

Twenty Five years after my metaphysical journey began, I could never have imagined that I would be working with a technology that encompasses the mysteries of the ancient sciences with the science of the future. Little did I know that all the experiences and studies would culminate to this point when I could offer guidance and hope to people during these extraordinary times. Even more beautiful, Biofeedback frequency transmission can be done remotely, which means that you can receive frequency while in the comfort of your own home.

The Eductor Biofeedback device is a remarkable opportunity to remove the sludge that is stored in your cells, discover and release deep seeded emotions, balance your energy, release aches and pains and just move on. It’s an opportunity to put your best foot forward, find relief, balance and joy.

Couple Biofeedback with BaZi Genetic Code, and potential for improvement increases dramatically. It’s a crazy time we live in, that’s for sure, but there is hope.

As Albert Einstein said, “Future Medicine will be the Medicine of Frequencies.”

Friends, that future has arrived.